The conversion of a mild mannered Miata MX5 into a screaming MX5 Cup racecar begins at the shops of Long Road Racing.  The D2D Motorsports chassis number 39 will be completed by mid March and the crew will journey to Statesville, NC to pick up the racecar.  No boys, you can't drive it home!!

Question:  How many boxes does it take to ship the three spares packages offered by Mazda for the Battery Tender Mazda MX5 Cup Series Presented by BF
Goodrich Tires???

"Kudos to the packaging and shipping team at Mazda Motorsports!!  All 100+ items arrived in Minnesota with out damage.  Each piece was carefully packaged, thanks Mazda," said driver Andrew List

Santa was good to the boys at D2D Motorsports and brought a set of Quick Jacks down the chimney.  "We've put them together and they work just great, they should save us a lot of time when we're at the track," said driver Andrew List. 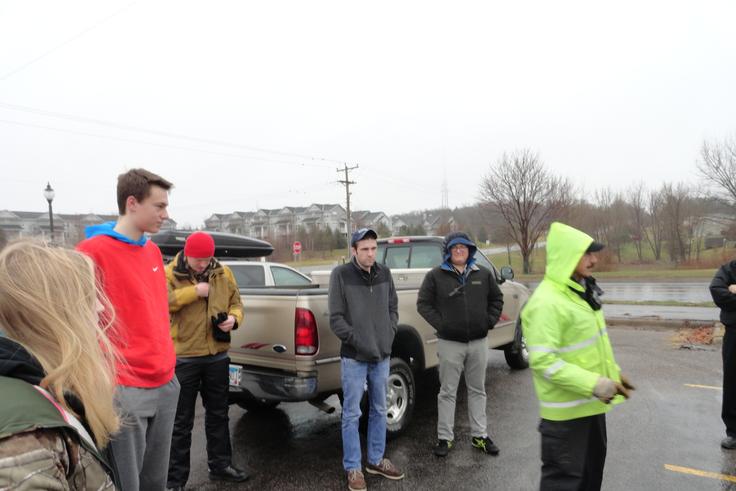 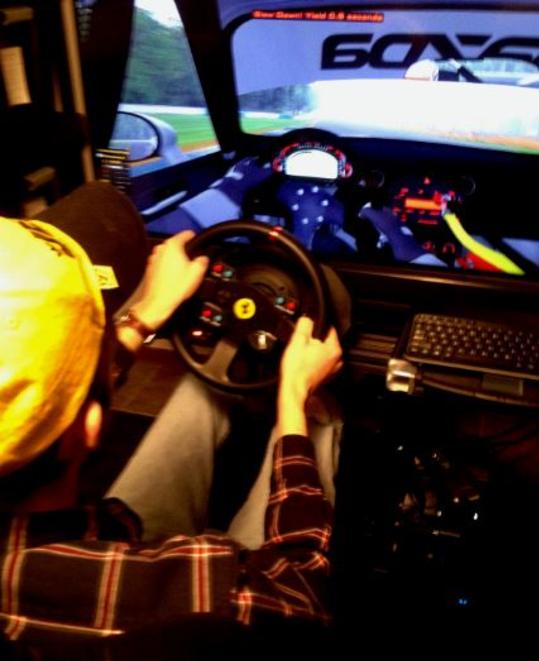 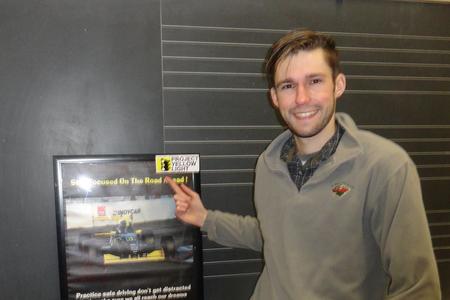 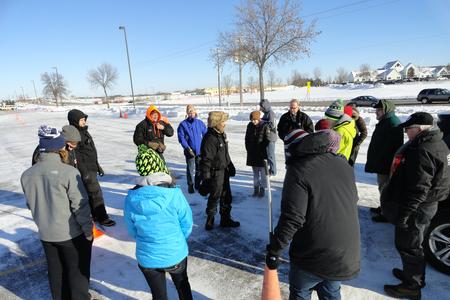 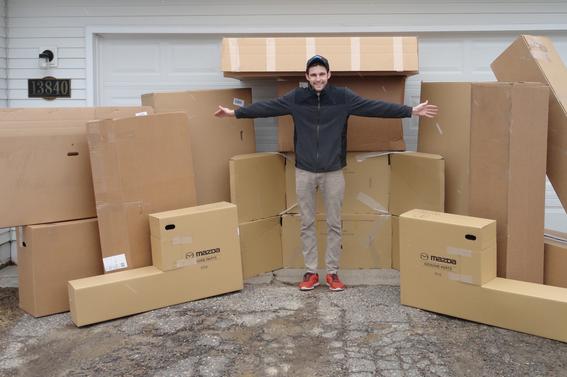 Heck, it's only -13 F, let's hold a Teen Accident Avoidance and Defensive Driving School!!  The teens are hearty in Minnesota and eight of them had a wonderful time at today's school.  The parking lot was covered with ice and this made for a great learning experience.  Understeer and oversteer could be achieved at only 20 mph and the students learned throttle control and threshold braking at low but challenging speeds.  "Some of our students were pretty nervous driving on ice for the first time.  By the end of the morning, they acquired the confidence to drive their vehicles at the limit imposed by surface conditions," said Andrew List. 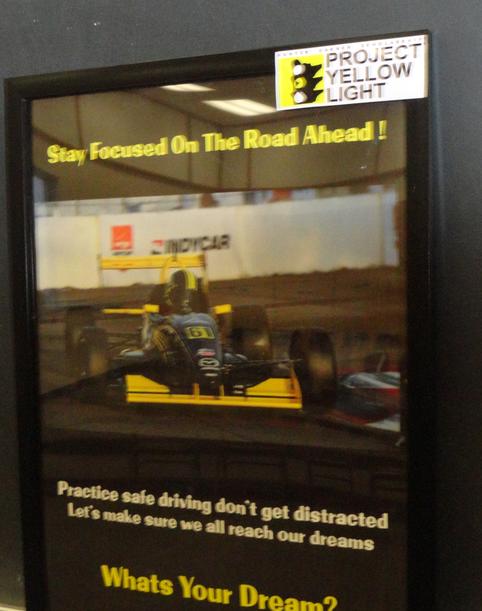 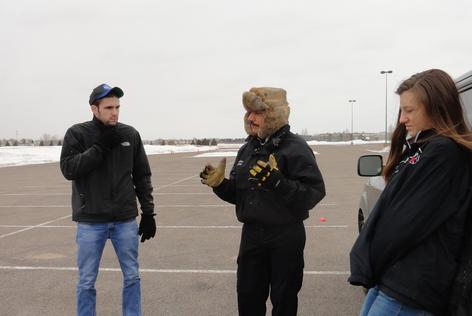 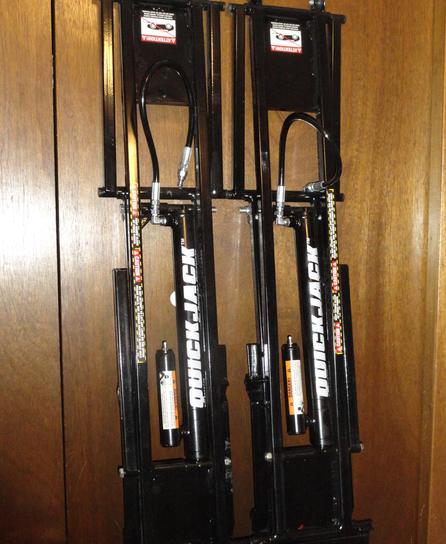 ​Andrew List behind the wheel of the RaceSimsRUs racing simulator produced by Wagner Race Products.  "The feedback through the steering wheel is fantastic" noted List.  "We've tinkered with the brake pressure and clutch release settings to provide near real life pedal feel."  Part of List's daily routine is putting in several hours in the sim on tracks where the Mazda Global MX-5 Cup will be run in 2016.  "It's amazing, when you are really concentrating, your body seems to feel the car move beneath you.  I wish I had this tool years ago."​

​What a better way to spend Valentine's Day, than teaching young drivers car control in a massive parking lot!!  Thanks to a few warm days in January, the ice from last month was gone and the blacktop was smooth and dry.  Three students braved sub-zero wind chills to participate in today's Teen Accident Avoidance and Defensive Driving School.  A venue change provided the students with an expansive course.  "The size of course today gave our students the chance to drive at a brisk pace.  In the last exercise of the day, parents get to opportunity to ride with their son or daughter.  Everyone had a big smile following this exercise," said List. 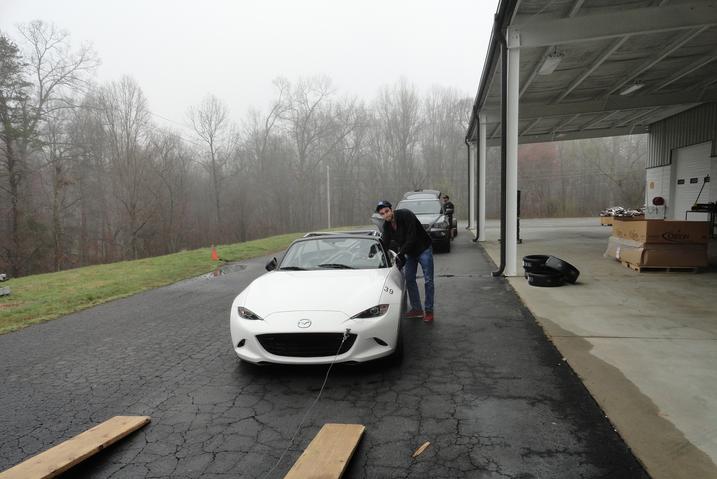 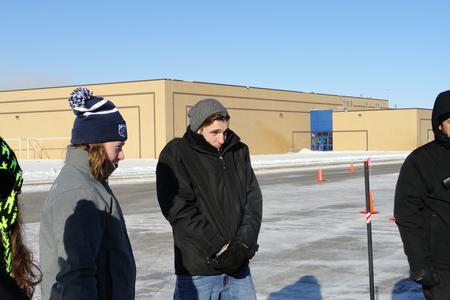 March 14, 2016​
Driver Andrew List readies the new MX5 racecar for winching into the trailer.  List and team members journeyed to Long Road Racing on Monday to pickup their new car.  "Matt and the staff at Long Road Racing were so helpful this morning.  They thoroughly explained all the specifics of set up and the operation of the car.  The team at LRR was awesome!"
Next on the calendar is a paint job and installation of the driver's seat.  "We're hoping to get some testing done in Minnesota before we travel to Mazda Raceway for the kickoff event" noted List. 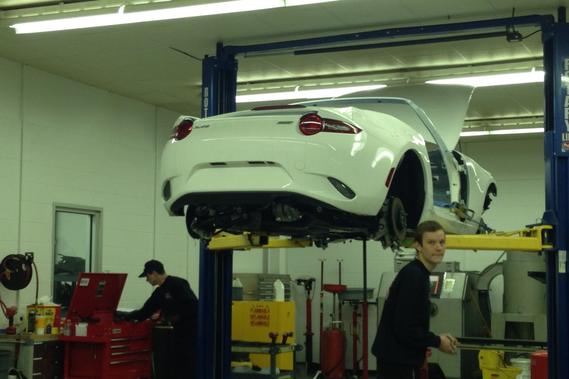 Continuing his commitment to give back to the community, Andrew served as a guest instructor at the Morries Auto Group and Brainerd International Raceway Performance Driving School; Advanced Defensive Driving Course for Teens.  "Watching these young drivers improve their driving skills during the course of the day is nothingless than amazing" observed List.  "They begin the day pretty nervous but by the afternoon they are fully engaged in improving their skills." 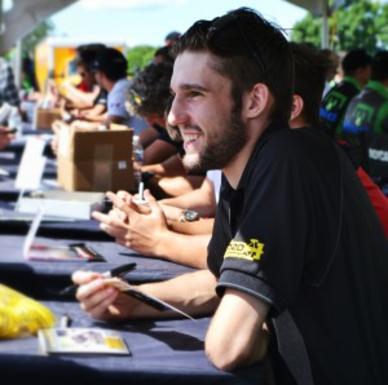 You don't see rain in Minnesota too often in December.  Today Andrew worked with the Monticello Minnesota Rotary Club and the Morrie's Auto Group Teen Accident Avoidance and Defensive Driving Program.  Eight students participated in the program and all had smiles on their faces when they graduated in the afternoon.  "At some point, usually in the late morning, the student realizes that she or he can actually control their car when it's on the edge of it traction envelope.  This is when the real learning begins," observed List.

A big thank you to the Mazda team for publishing a great story on Andrew's entry to the Battery Tender MX-5 Cup.  The series opens at Mazda Raceway in Laguna Seca, California on the final weekend in April. With snow finally on the ground in Minnesota the D2D team has completed its winter prep and awaits the coming of spring only 92 days away.

Mazda's story is available at the URL below:​http://mazdamotorsports.com/webapp/wcs/stores/servlet/DisplayRacerStoryView?source=STORY&uniqueId=7464&storeId=10001&catalogId=10001&langId=-1&button=y